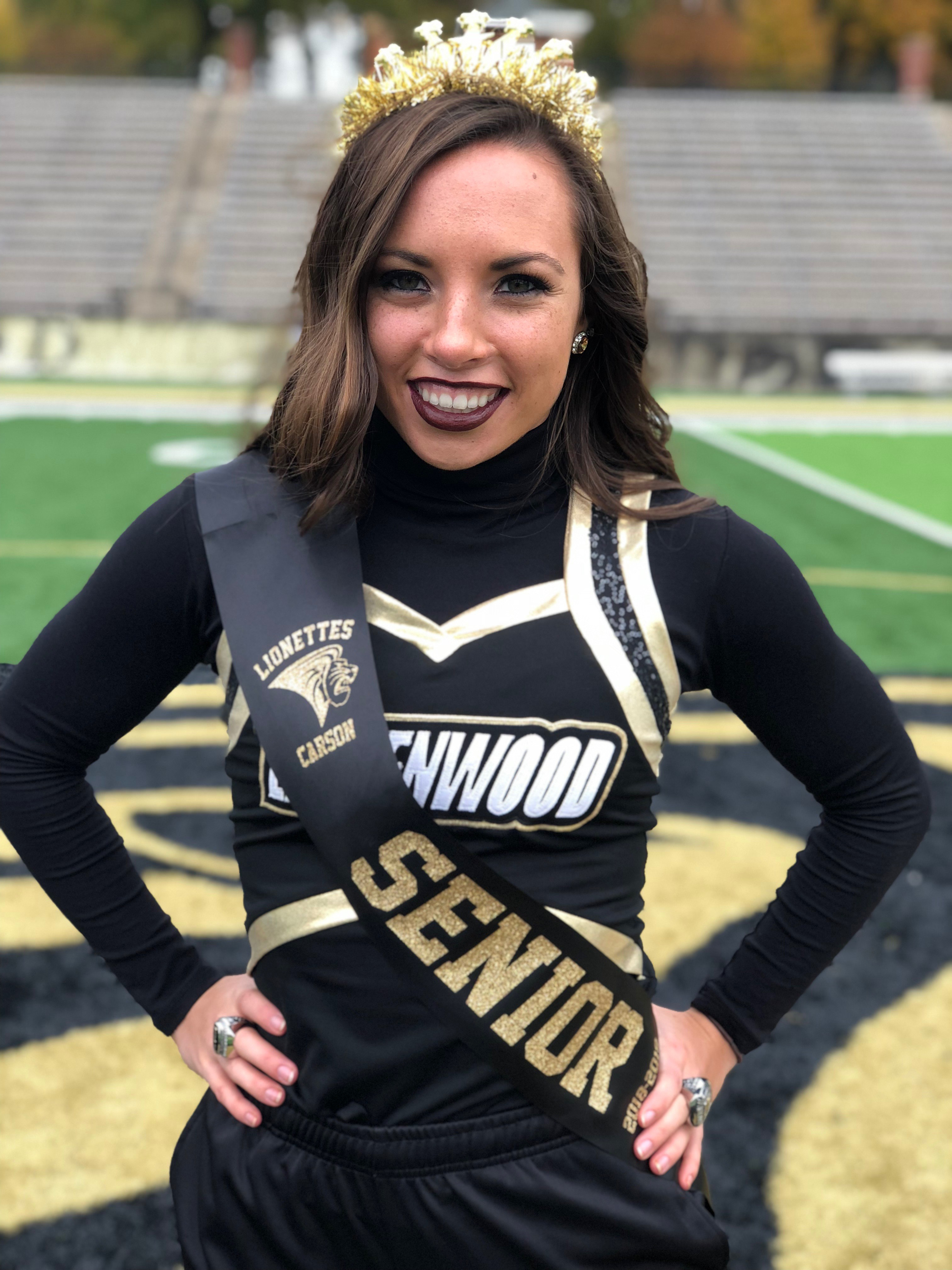 Carson’s love of dance began at Dance Incorporated at age four. She began competing for the Dance Incorporated Midwest Performing Arts team at age eight and continued until her graduation from Marquette High School in 2015, where she became an alumnus of the Marquette Mystique Varsity Dance Team. While at Dance Inc., Carson was trained in ballet, tap, jazz, lyrical, hip hop, poms, musical theater and pointe. She currently attends Lindenwood University working towards degrees in graphic design and psychology. Throughout her dance career, Carson performed at countless football and basketball games, participated in the Silhouettes of Christmas for three consecutive years, competed in many regional, state and national competitions, and have been cast in the Lindenwood Dance Program’s Winter and Spring concerts. Carson is a captain of the Lindenwood Lionettes Dance Team and was a member of their DII Jazz National Champion Teams in 2017 and 2018.